It's time for an update. And it feels good to write about something that I've been wanting to share for some time.

When I first met The Engineer's parents (not too long after The Engineer and I started dating), I immediately just loved them--both his mother and his stepfather. They accepted me wholeheartedly without any of those pesky "Is this girl good enough for our boy?" vibes.

At the time, they were 70 and 71 years old, about the same age as my grandparents. (The Engineer is eight years older than me, and his mom was 41 when he was born.) But I was so impressed--they seemed so much younger than 70! I remember The Engineer telling me that he'd recently taken them rappelling down a mountain! They both had such sharp minds, and I genuinely enjoyed just sitting and chatting with them. I was thrilled to join their family officially about a year later.

We didn't get to see them all the time, since we've always lived pretty far away. But we visited them about once a year, and their retired status allowed them to come visit us pretty easily. We went on two cruises with them before we had kids. (Those are great memories!)

Unfortunately, several years ago, The Engineer's mom gradually began to show her age. Her husband kept us posted, and when we saw them in person, we'd really watch her to see how she was doing. Things have been worsening significantly over the last two or three years.

After considering the options, The Engineer and his stepfather determined that the best way for his mother to get the care she needed was for her to be in a facility where skilled caregivers could help her, around the clock. They decided it would be a good idea to move her close to us, where there are more facilities to choose from. I know it was such a hard decision for them both. Recently I wrote about how proud I've been of my husband through this time. He's been awesome--wise and kind and loving. I also have such strong respect and love for my father-in-law. He's made huge sacrifices for the wife he loves!

In February, The Engineer flew out to see his parents. He spent the weekend there, and then they all flew back here. After staying here a little over a week, his mother was moved into a really wonderful facility only 15 minutes from us. It's small and family-run, and in a lovely area backing up to the woods. It's very personal since the maximum number of residents they can have is 12.

It's a great facility--but the transition has been tough. We've gone up and down emotionally, wondering if this is going to work out. It's just not wise for her to live at home (or with us) right now, though we all wish that wasn't the case.

Things are looking up, now that she's been in the facility for awhile. We pray that she fully transitions there and begins to consider it "home." Her husband was able to stay with us for a couple of weeks after she moved in, to help with the transition. It was wonderful having him here, as hard as the situation has been. His family is all halfway across the country, and that is his home, so he eventually flew back there and will visit here frequently.

Aging can be beautiful. And aging can also be tough. I've seen my mother-in-law experience the beautiful and the tough sides of aging. It seems so cruel for such a vibrant, awesome woman to change so much. God has given me so much peace through this process, and I pray he gives that same peace to my wonderful mother-in-law. It will be good to have her near us.

At the same time, it's so hard to see her as she is today, so different than the energetic woman I met in 1999. I look forward to the day when we'll see her, whole and complete, for eternity. 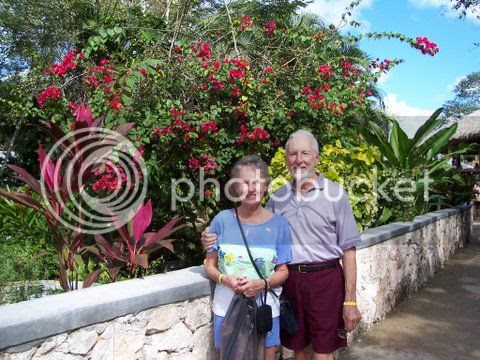 Email ThisBlogThis!Share to TwitterShare to FacebookShare to Pinterest
Labels: family, The Engineer

Thanks for sharing on here. Been praying and will continue. Beautiful post Beth!

I continue to send my thoughts to you and your family. Aging can be rough, but I really like that you acknowledge that it also can be beautiful. I hope that having your MiL close to your family will bring comfort to your husband and all of the family. She couldn't have a better son and daughter-in-law to watch out for her!

Beautiful post, Beth. Thank you for sharing something so personal with us.

You've all been in my thoughts so much. I continue to hope for the best with her new living situation. The same for your father-in-law.