Zoodle and the ducks

There was once a sweet little boy named Zoodle. He, his sister Chickie, and his mommy met some friends at a park to play at the sprinkler area and the playscape.

Zoodle saw some ducks there, and later kept telling his mommy, "I wan koo kee guh guck!" ("I want to see the ducks!") But alas, his mommy didn't know where the ducks had gone. And she didn't want to walk down to the lake at the park to look for them, so poor Zoodle was outta luck.

Finally after a long morning of lots of heat and water and running and fun and picnic food, they got ready to go. They loaded up and walked to the car. And I guess those ducks must have wanted to see Zoodle too, because they were waiting for him at the car. 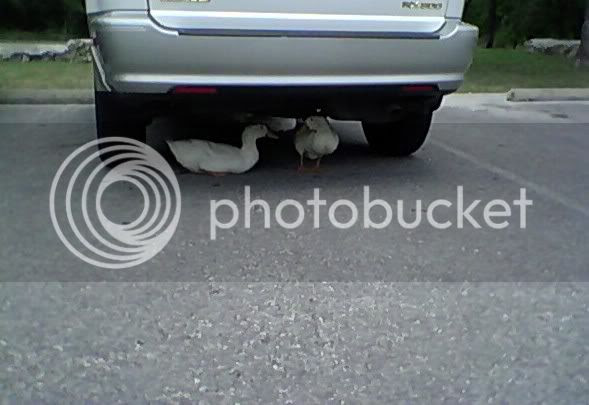 Zoodle's mommy, while thrilled to see the ducks, was concerned for their livelihood. She was not in the mood to make fresh duck for dinner, so she was relieved when they started to move... 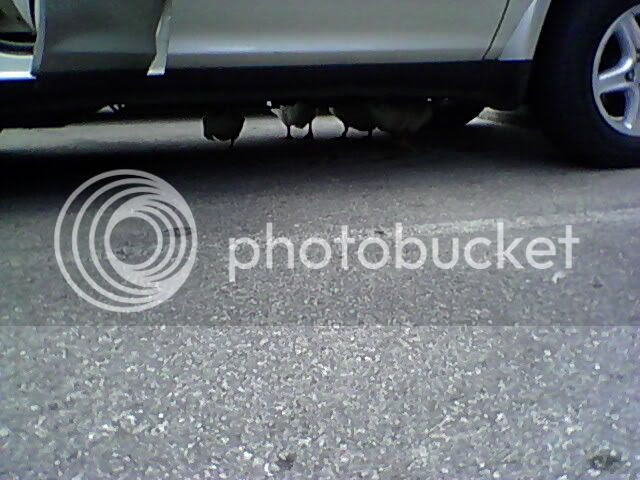 ...and eventually all exited their shady spot. 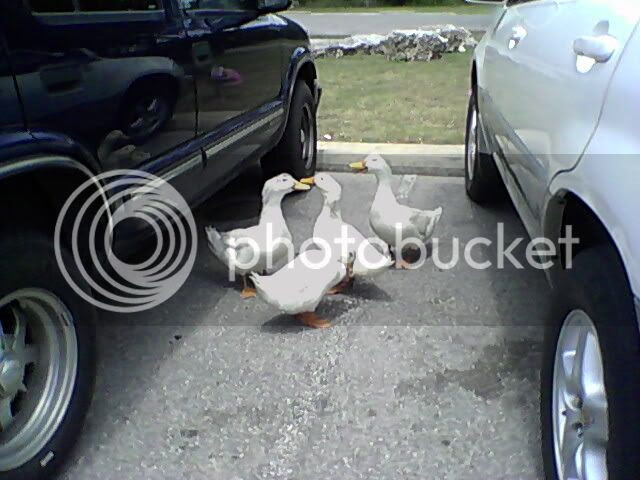 They headed to the neighboring vehicle (walking past Zoodle's excited sister Chickie.) 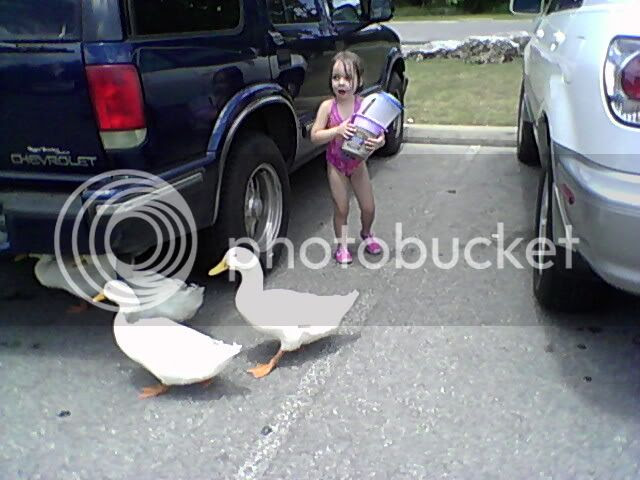 But the owner of that vehicle was leaving too, so the ducks once again needed to move, and when Zoodle's mommy had buckled him into his seat, she saw that the ducks were back. 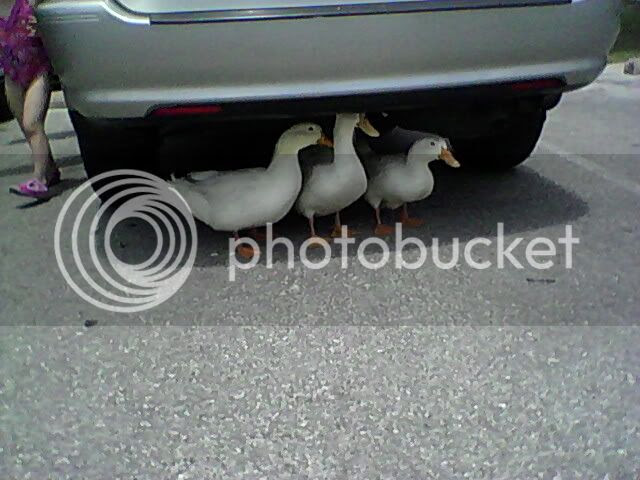 "Shoo!" Zoodle's mommy said. "Shoo, duckies!" The ducks, resigned to the loss of their shady cabana, exited, quacking all the way.

Thankfully, there were plenty of other shady places for the ducks to choose from, and they quickly settled in one. 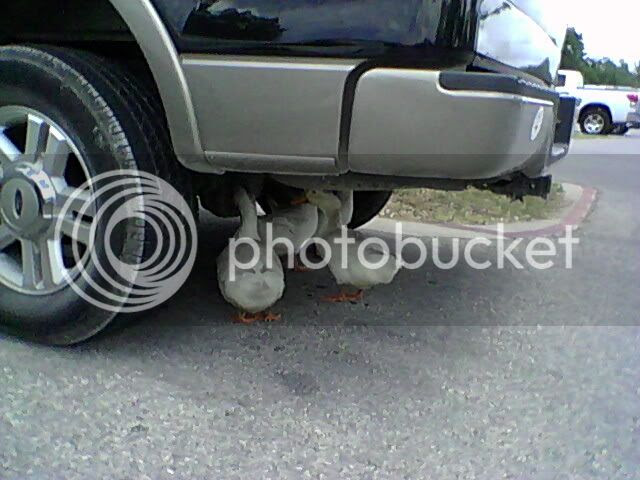 Hopefully for the rest of the afternoon there were plenty of other little boys and girls happy to see ducks too...accompanied by careful drivers saying "Shoo."
Posted at 5:00:00 AM

Zoodle's some kind of evil duck whisperer, luring them into traffic. He should learn to use his powers for good.

How annoying, but super cute!

Very cute!! Something so simple being such an adventure!!

Too cute!! I hope they were safe the rest of the day--hiding under cars doesn't seem like the best idea...guess they have "birdbrains" (ha,ha,ha)

My daughter would've loved to see all the "quack quacks". Like the others, I hope they stopped "ducking" under cars and found a safer place to play . .

Oh how sweet! Poor little duckies, no shady cool spot of their own. Evidently they knew exactly what car belonged to Zoodle and Chickie!

Ohh..The ducks are really cute hiding from the sun or hiding for that lil kid..The ducks might think that this little girl will going to catch them. so cute!

Love this post. Happy to be back and actually reading again, too. I've been lurking on and off but have missed my regular fix of Zoodle and Chickie. Glad to know my little man's not the only one that needs a translator :).

PS I'm over on WordPress now