When The Engineer and I married, we didn't register for a blender. The Engineer already had one. It wasn't a really nice one, just an inexpensive Hamilton Beach model. But it did the job.

In fact, our cheap, trusty blender lasted through ten years of marriage! But several months ago, the motor burned out.

So there I was, stuck with a broken blender base but a perfectly functional blender jar. (It's a plastic jar, so even my clumsy hands haven't managed to break it.) I tried posting it on Freecycle. (You know I love Freecycle, right?) I hoped that someone had a base and needed a jar. I didn't get any takers. The jar sat in my cabinet, lonely, widowed from its base.

And then yesterday I checked my email and found this:

OFFER: Hamilton Beach Blender minus the glass jar part
This was a real nice blender but the glass jar met its demise on the tile floor. Everything else is there.

The poor blender! Functional motor, but unable to fulfill its life's purpose. A broken-hearted blender...just needing a jar. The same brand as mine. Could this be a second chance at life for both of them?

So this morning I picked up that free blender base and brought it home. I introduced it to my blender jar. It was a perfect fit. 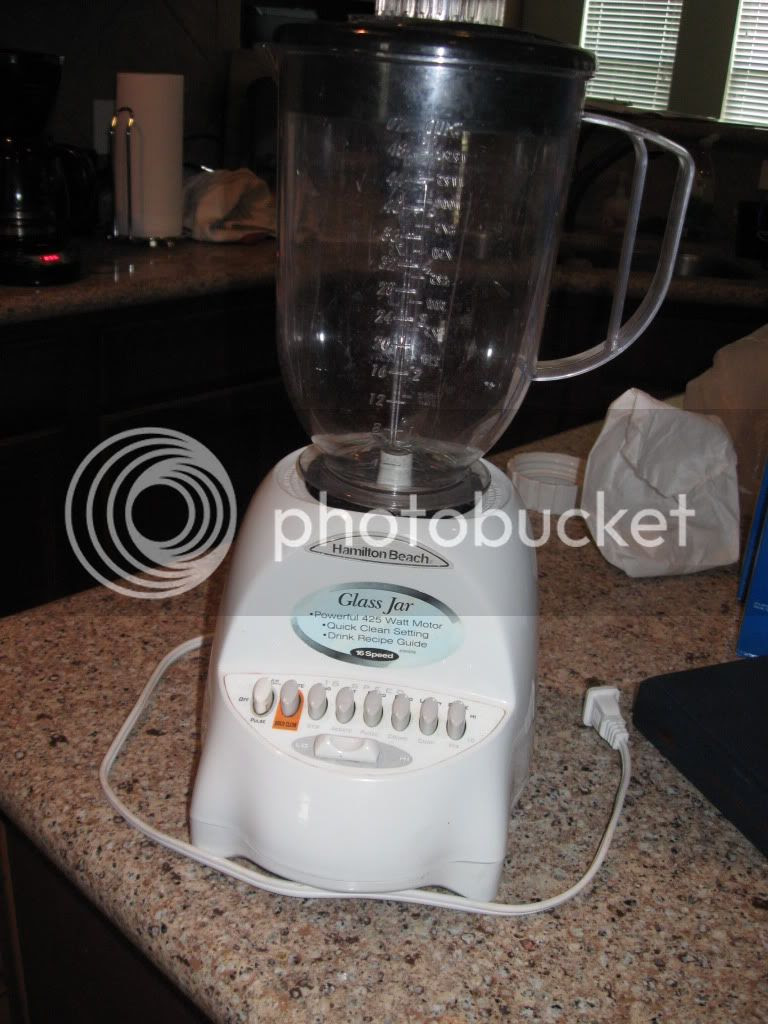 Sure, the base is white, and the jar lid is black. But I'm not picky. They may have met later in life, but I'm hoping it'll be a long-term match, and that they'll have plenty of progeny (smoothies) throughout the years. I think they make a perfect blended family.
Posted at 5:00:00 AM

So accepting. Yet, if that "Glass Jar" thing on the front of the blender base is a sticker, I'd remove it. The last thing the plastic pitcher needs is a constant reminder of the ex.

I am smiling! Thank you.

And I do hope that this is a lifetime match for the both of them! Seems like they are really meant for each other!!!

This is a little spooky, Beth. As we speak, I have pictures in my camera of MY blender that I was going to do a post about.

I'm glad your blender made a successful remarriage!