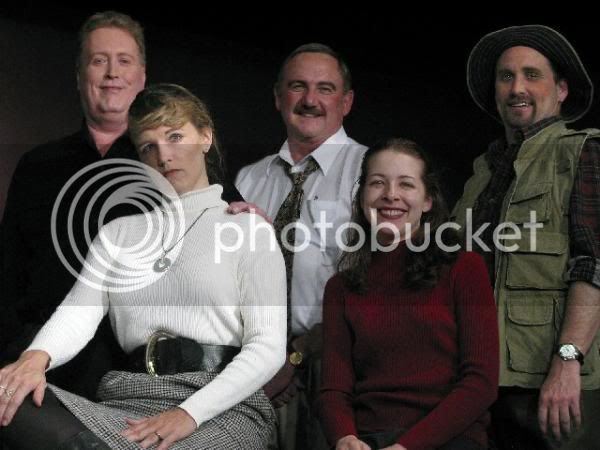 Yesterday Dennis passed away after a hard-fought battle with cancer. I want to share some of my memories of him.
I'm going to miss my friend Dennis.
Posted at 9:20:00 PM

I am so sorry to hear of the passing of your friend. It is never easy to lose someone we care about. We meet so many people throughout our lives, but most of them remain just acquaintences. When we encounter someone who becomes a friend it is a special gift. And saying goodbye to a friend is a sad and painful time.
My heartfelt condolences to you.

Good friends are hard to find, and great friends are impossible to replace. I keep hoping and praying for the day when cancer no longer has the power to take away those we love.

Peace to you and to Dennis' family and friends and to all who whose lives he touched along the way.

I am so sorry for your loss. I have lost a lot of people in my life, but never a friend. I am thinking of you.

I'm so sorry for your loss Beth. May the peace which passes all understanding guard your heart and your mind as you trust the Lord. I'm praying for you and Dennis' family.

I'm so sorry for the loss of your friend. But I'm glad that you wrote this post about your fond memories of him. Twenty or thirty years from now they might be a little harder to remember, but you will have this post to remind you.