A few recent photos from my phone, and my comments about them... 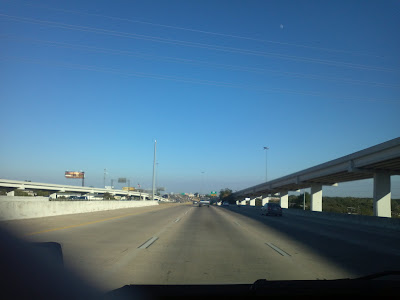 We live near an area where there was recently a huge wildfire. It was bizarre to see this line on the horizon between smoke and blue sky. I think it was the next day that the wind died down and the smoke really settled in, and the whole city was hazy (and smelly) for a couple of days. One (smaller) fire was near us. Friends in a neighborhood 3/4 of a mile from us were evacuated. Yesterday I finally unpacked my evacuation suitcase that I'd packed just in case. Thankfully we didn't have to use it, and most of the fires are out now. 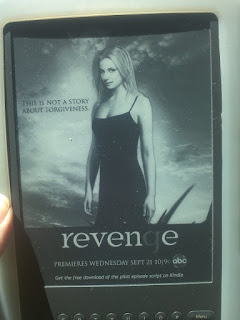 This ad popped up on my Kindle. A show all about revenge is not my cup of tea. It kind of makes me mad, to be honest. Seems like it just caters to baser instincts we should all be wanting to overcome instead of nurture. 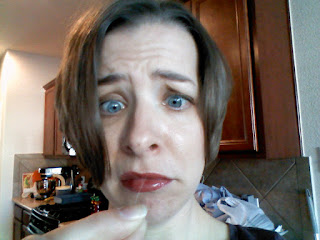 I found my first gray hair. So far the only one.... 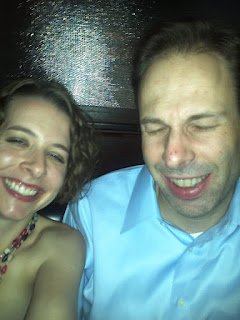 The hubs and I went out for my birthday. And discovered that in a dim restaurant, the flash on my phone is really bright. (And by the way, I was wearing clothes. My dress was sleeveless, and in all the pics I took of myself, my dress was out of the shot. I look a lot more...adventurous...than I really am.) 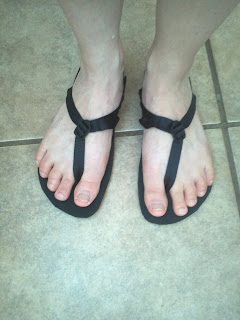 My new running shoes! No, seriously--these are Bedrock Sandals, and they're one of the many varieties of running sandals now on the market. Right now I'm still primarily walking, but with the short bursts of running I have been doing, these feel great! 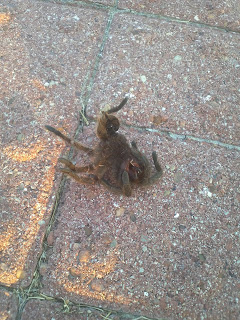 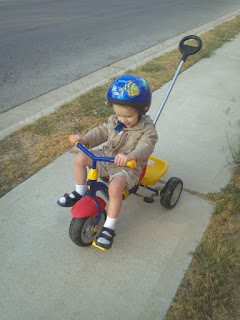 I got Zoodle to ride his tricycle on the way to and from school this morning. I realized that he's not quite as skilled at pedaling and steering as I'd thought! But by the time we were getting close to home again, he'd really improved his skills. (I do however, think we'll do more at-home practice before we try any more of those long treks to school on the trike!)
Posted at 3:05:00 PM

The picture of the tarantula creeps me out! I can't imagine living somewhere with spiders that big!

I love all these pix but man finding a tarantula is just scary~!!
xx

I guess you have been cleaning your phone.... it's amazing - such a wide range of topics....
I do like the 'naked' picture of your date night with the Engineer, it goes well with the 'naked' running (and volunteering) you've been enjoying so much....
And I am glad that Zoodle is starting to enjoy his tricycle, though I remember it does take some time to get used to. He will get better and faster very quick, so you'll be running after him...